The country formerly known as the Zaire, the Democratic Republic of Congo is the second largest country in Africa after Algeria. It borders South Sudan, The Central African Republic, Burundi, Uganda, Tanzania, Angola, Zambia. The capital Kinshasa has the highest population of residents about 1.5m. It is also the second largest French speaking city in Africa. The population in Kinshasa is due to the insecurity in some parts of the country, employment and basic social services.

The Democratic Republic of Congo boosts with great natural resources and wonders these include gold, diamonds oil and 15 other mineral resources. Minerals put aside, Congo is a heaven for wildlife and natural beauty. Congo is home to wildlife species that found nowhere else in the wild like the elusive okapi, bongo, bonobos sometimes referred as pygmy chimpanzees, Congolese Peafowl, the lowland gorillas and mores. The only country where both Mountain and low land Gorillas can be tracked by the tourists

The Democratic Republic of Congo is blessed with unbelievable biodiversity and natural resources but tourism is still underdeveloped. It has cities which are well built but the infrastructure like road network connecting them to the rural countryside where the tourist attractions are still poorly developed this is attributed to insecurity in many parts of the country especially Eastern Congo where most of the natural resources and wildlife is concentrated.

Best Places to Visit in the Democratic Republic of Congo

The Congo River: After the Amazon, the Congo river is the second greatest widespread river system in the world. It is considered the deepest river in the world with an overall water volume that is second to the amazon. Water from the river contributes to the remarkable scenery and biodiversity in the countryside. The river is home to over 700 species of fish, crocodiles, hippos, birds and waterfalls is capable of supplying all the hydro-electric power needed on the Africa continent and currently has over 40 power stations have been built along the river Congo.

Virunga National Park: Virunga is recorded as the oldest national park in Africa and one of the many UNESCO World heritage sites. The park was gazetted in 1925 and is located in the eastern part of the country bordering the Uganda’s Queen Elizabeth national park. It was at first named Albert National Park and then it included the Volcanoes National Park in Rwanda and parts of Mgahinga Gorilla Park in Uganda. Virunga is the most visited national park in the Democratic Republic of Congo. Apart from the Volcanos and Mountain gorillas that are the boosts with, it has a remarkable biodiversity. Virunga is home to lions, leopards, chimpanzees, elephants, hippopotamus and rare creatures like the okapi. Gorilla trekking in Virunga National Park is the most popular activity followed by hiking Mount Nyiragongo which a close by epic feature.

Chimpanzee Trekking in Virunga: Chimpanzee tracking is uncommon activity which is also open to visitors in Virunga it is always organized  and there is only one fully habituated group with about twelve individual chimps.

Mount Nyiragongo active Volcano: Nyiragongo Active Volcano is one of the most attractions in the DR Congo in the Virunga National Park and its flames and smoke can be visible across Uganda and Rwanda during the night. Mount Nyiragongo is an active volcanic mountain with the biggest lava lake on earth. From 1980s to date, the mountain has erupted over 30 times.

Hundreds of tourists every year ignore the bad media press and insecurity warnings and visit the Virunga National Park as well as a chance to be one of the few who have experiential a lava lake up-close. When combined with gorilla trekking in Virunga and Climbing Mount Nyiragongo you create an everlasting memory on the African continent

Gorilla Trekking in Virunga: Mountain gorillas step forward as the most pleasant creatures found in the region of Uganda, Rwanda and the DR Congo. Virunga National Park is one of the blessed parks with the Mountain Gorillas situated along the Volcanic region where the other parks that include Bwindi Forest, Mgahinga Mountain and Volcano National park in Rwanda, Virunga shares the remaining Gorillas across and allows tourists to have close encounters with these majestic creatures and there are 6 fully habituated gorilla groups in Virunga. Tracking the gorillas takes you deep in the forest hence allowing you to see many of the park’s animals.

Kahuzi-Biega National Park: This national park is situated in the Eastern part of the DR Congo close to the border with Rwanda and Lake Kivu. Kahuzi-Biega National Park National Park is one of the UNESCO World heritage sites in Congo for its important wildlife species. Its name is from two extinct volcanoes known as Kahuzi and Biega. The two volcanos shade the landscape of the park and are joined together by a small spring of forest. Kahuzi-Biega National Park gives travellers a complete wilderness magic and feeling that only the Congo can provide. The Park is an outstanding travel destination for travelers who wish to explore different features or realize Africa’s last remaining true wildernesses.

Putting aside unspoiled wilderness, Kahuzi-Biega National Park is one of the last reserves with the largest gorilla species the Grauer’s gorilla.  The Park has about 400 individuals found in the park with others found in Maiko National Park and other reserves in the neighbouring areas. About 5,000 Eastern lowland gorillas remaining on earth are all found in the Democratic Republic of Congo. Kahuzi Biega is the unsurpassed spot to track the Eastern Lowland gorilla and is the popular activity for tourists in the park as well as chimpanzee tracking

Our Tours to DR Congo 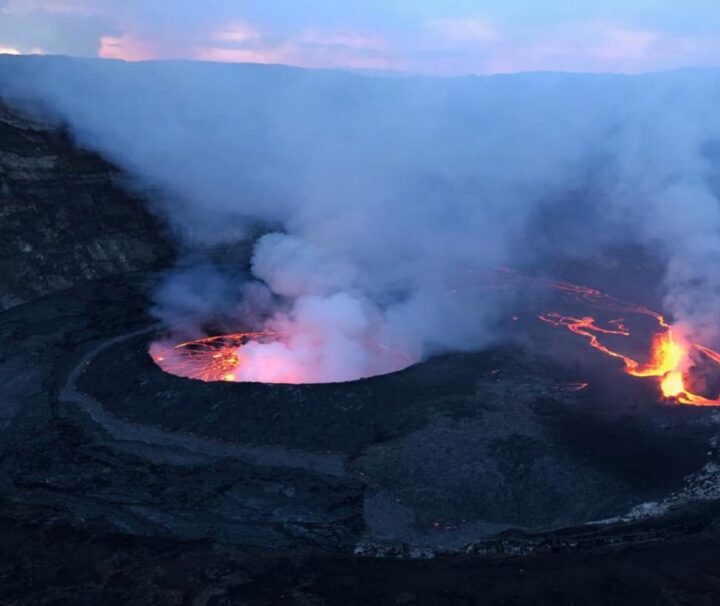 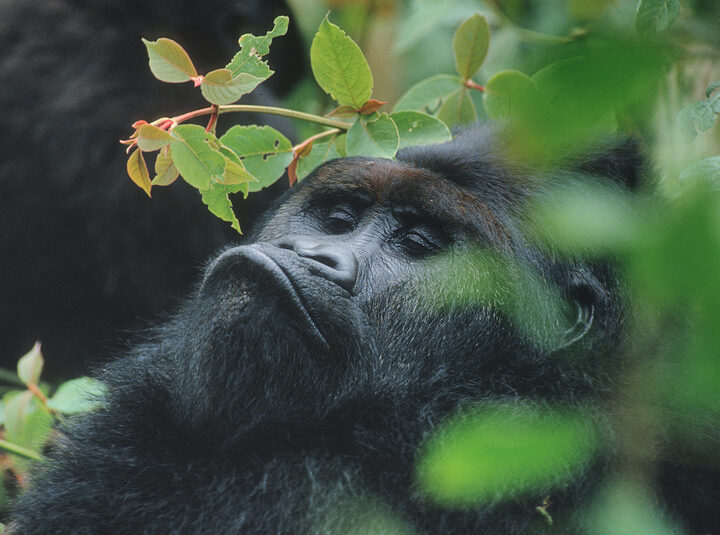