RWANDA, THE LAND OF A THOUSAND HILLS

A mention of Rwanda to anyone conjures images of the horrific genocide that brutalized this tiny country in 1994. In a span of 100 days, an estimated 1 million Tutsis and moderate Hutus were systematically butchered by the interahamwe in one of the most savage genocides in the history of mankind. There is however much more to Rwanda than its recent turbulent history;

A largely undiscovered Eden, Rwanda promises unrivalled biodiversity, dramatic mountains and volcanoes, some of the oldest and most precious rainforests on earth, a glittering skein of lakes, rivers and waterfalls and three stunning national parks. As to wildlife, Rwanda boasts of 13 species of primates (25% of Africa’s total) and a remarkable 670 species of birds, many of which are globally endangered. The country is boarderd by Uganda to the North, to the west by the Democratic Republic of Congo, in the east by the republic of Tanzania and in the south by Burundi.

History
Unlike most African states, Rwanda existed as an established kingdom long before Africa was colonized and its borders were not created artificially by the Europeans. Tucked away in the heart of the continent, Rwandans believed their kingdom was the Centre of the world and for many centuries, nonresidents were not allowed.

Finding a highly organized country, with a monarchy and ruling system, the Germans left the existing power structure in place when they were awarded the country. Rwanda and neighbouring Burundi were colonized by Germany and later Belgium, both of whom played on the ethnic differences to divide and conquer the population. For example in 1911–12, the Germans joined with the Tutsi monarchy to subjugate a group of independent Hutu farmers in the north who’d always lived separately. In 1956, when the Tutsi king Rudahigwa called for independence from Belgium, Rwanda’s colonial occupiers switched their allegiance to the majority Hutu.

This refers to the massive slaughter of the mainly Tutsi and moderate Hutus by rampaging Hutu militias. The ferocious killings begun on 6th of April 1994, and lasted for 100 days leaving over 800,000 Hutu and Tutsis murdered and over 2 million forced to flee into crowded disease-ridden camps in the neighboring countries of Burundi, Uganda, and Tanzania and the Congo Democratic Republic formerly known as Zaire.

Who Are the Hutu and Tutsi?

The Tutsi and Hutu are two ethnic groups that share the same origin. These were the first occupants of Rwanda whose occupation was cattle keeping and agriculture respectively. Those that rared cattle where known as the “Tutsi” and the rest that never had cattle known as the “Hutu”. Today, it is difficult to tell them apart because most of these communities now practice both activities and some have intermarried inspite of the genocide. It is after the colonization of the area by the Europeans that the relationship between the Hutu and Tutsi took an ethnic dimension.

When Rwanda was fighting for its independence from Belgium, the Belgians turn on the position for the two groups, facing a revolution initiated by the Hutu, and the Belgians left the Hutus who made up the largest population of Rwanda to take over the new government of Rwanda. This disappointed the Tutsi and led to conflicts between the two groups that continued for years to come.

The Event that initiated the Genocide

The scenario begun on April 6th of 1994, as the president of Rwanda by then- Juvénal Habyarimana was coming from a conference in Tanzania when his plane was shot by a missile as it was preparing to land over Kigali- the capital city of Rwanda.

It should be noted that from the year 1973, Rwanda had a dictatorial regime which sidelined the minority Tutsis. This segregation was broken on 3rd August 1993 when Habyarimana signed the Arusha agreements that weakened the Hutu power over Rwanda and allowed the Tutsis to get involved in the ruling affairs of the country. This greatly insulted the Hutu leading to the assassination of president Habyarimana. Within one day of the plane crash, Hutu militia used the incident of Habyarimana’s death to initiate the murder of almost a million Tutsis and moderate Hutus.

The killings started in Kigali- Rwanda’s capital city as the anti-Tutsi youth organization formed by Hutu leaders started to put up road blocks that used to check identity cards and killed however belonged to the Tutsi group by the use of knives, machetes and clubs. The act continued and within the next few days and months, it had spread all over Rwanda.

In the next several weeks, the bloodshed spread, since the ruling government knew the names and address of all Tutsis living in Rwanda. Murderers could move door to door, killing people that belonged to the Tutsi since all identity cards had description of a Tutsi, Hutu or Twa.

Because bullets where expensive, hand weapons like matches, and clubs where the most used weapons in killing people. Thousands of women, men and children were killed and some were given an alternative of paying for bullets so that they have a quick and less painful death. During the murder, hundreds of Tutsi women were raped before being killed, young girls were tortured by cutting off their breasts among other things while others were kept and used as sex slaves for some days/ weeks.

Slaughter Inside Churches, Hospitals, and Schools

The killing of people was done in very many places including schools, churches, and hospitals among other places where people used to hide. This lead to such places to be turned into places of massive murder after the period of Rwanda genocide.

The worst event in Rwanda genocide took place on the 15th and 16th of April at the Nyarubuye Roman catholic church which is situated in the eastern part of Rwanda at about 60 miles from Kigali city. This occurred as the mayor of the place advised his people to hide in this promising that they will be safe. As it turned out, he betrayed them to the Hutus and none survived!

At this church, the two days massacre started with the use of guns and later changed to hand weapons such as the machetes, clubs and knives. The murderers worked in shifts till when the thousands of the Tutsi people where all dead.

Bodies where left on the ground unburied and exposed to predators like rats, dogs among other animals which made the event all too remarkable one since the Hutu leaders did not allow the corpses to be buried. Others were thrown into rivers and streams in an act of sending them back to their origin as many people had wrong information that Tutsis came from Ethiopia.

The same events took in Rwanda in different places but the majority took place within the dates of 11th April up to the start of May.

The Rwanda genocide finally came to an end as the Rwandan Patriotic Front (RPF) took over the government of Rwanda. This military group was made up of Tutsis who exiled in the earlier years and most of whom came from Uganda. These where able to enter the country and take over, gaining full control in mid-July of 1994 marking the end of Genocide.

Rwanda famously known as “the land of a thousand hills” is a landlocked republic in Equatorial Africa, situated on the eastern rim of the Albertine Rift, a western arm of the Great Rift Valley, on the watershed between Africa’s two largest river systems: the Nile and the Congo. Much of the country’s 26,338 km2 is impressively mountainous, the highest peak being Karisimbi (4,507m) in the volcanic Virunga chain protected by the Volcanoes National Park. The largest body of water is Lake Kivu, but there are other numerous lakes around the country, notably Burera, Ruhondo, Muhazi and Mugesera, some of which have erratic shapes following the contours of the steep mountains that enclose them.

A combination of tropical location and high altitude ensures that most of Rwanda has a temperate year-round climate. Temperatures rarely stray above 30 degrees Celsius by day or below 15 degrees Celsius at night throughout the year. The exceptions are the chilly upper slopes of the Virunga Mountains, and the hot low-lying Tanzania border area protected in Akagera National Park. Throughout the country, seasonal variations in temperature are relatively insignificant.

There are four discernible seasons: the long rains of mid- March to mid- May, the long dry spell from mid-May to September, the short rains from October to mid- December and the short dry from mid- December to mid- March. Most parts of the country receive in excess of 1,000mm of precipitation annually, with the driest months being July to September and the wettest February to May. It rains more frequently and heavily in the northeast, where volcanoes are covered by verdant forests.

Economy
Rwanda is primarily a subsistence agriculture economy; nonetheless she produces for export some of the finest tea and coffee in the world. Other exports include tourism, sugar, fish and flowers.

Rwanda’s unit of currency is the Rwandan franc (RFr), which is sometimes also abbreviated to ‘Frw’. Commonly used international currency in Rwanda is US dollars or Euros in cash. The main bank branches in the country include Banque de Kigali, Banque Commerciale de Rwanda and Banque de Commerce, de Development et de I’Industriel in the capital, which offer cash advances on credit card and can change traveler’s cheques, neither of which is possible in the provinces. There are ATMs in Kigali. Credit cards can be used in some up market hotels and restaurants in Kigali.
Bureau de change – which are mostly in Kigali – offer slightly better exchange rates than banks. Moneychangers hang around central Kigali and usually give a slightly better rate, but count your money carefully. All banks, and most bureau de change, are closed on Saturday afternoon and Sunday.

Rwanda is home to a vast spectrum of East African Wildlife, as well as both classic safariscapes and verdant equatorial rain forest. While visiting this country, everywhere you look you will see the beautiful green hills. For this reason, the country is often called the land of the thousand hills. In Rwanda you can enjoy culture, nature, primates and the beaches of Lake Kivu!

Tucked in between the iconic safari destinations of Kenya and Tanzania, Rwanda offers guests some of the best primate tracking on the planet – set against the backdrop of its endless green hills and soaring mountainsides. With almost half of the world’s remaining mountain gorilla population, it’s no surprise that the majority of guests visit Rwanda to track and view our highly endangered cousins. Rwanda is superb for primates in general, including the fun-loving Sykes monkey, the Golden monkey and the boisterous chimpanzee in the Nyungwe forest.

Despite a turbulent past, Rwanda is a safe and friendly destination – testament to the resilience of its people. For guests seeking a deeply enriching safari, Rwanda offers an experience that is difficult to find anywhere else.

Contact Range Land safaris Uganda for a safari to the Land of a Thousand Hills!

Our Tours to Rwanda 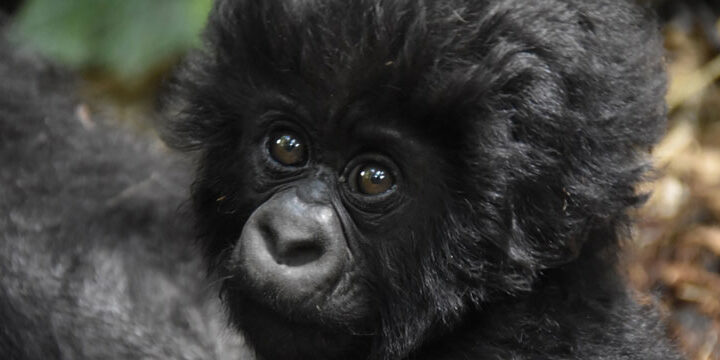 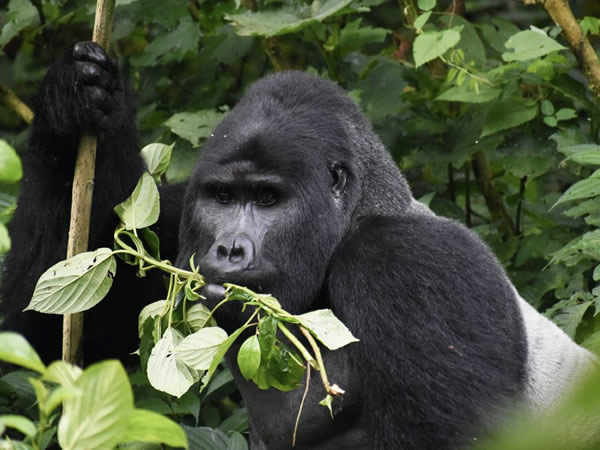 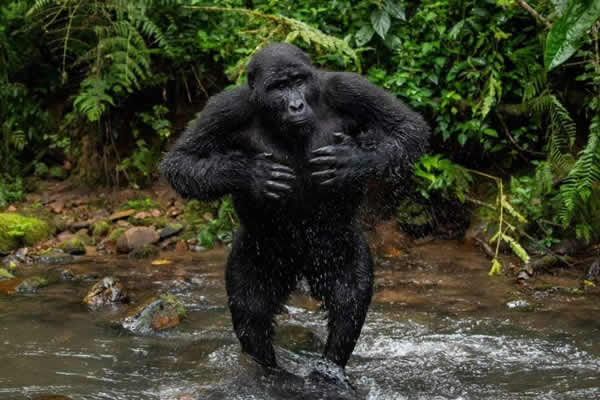 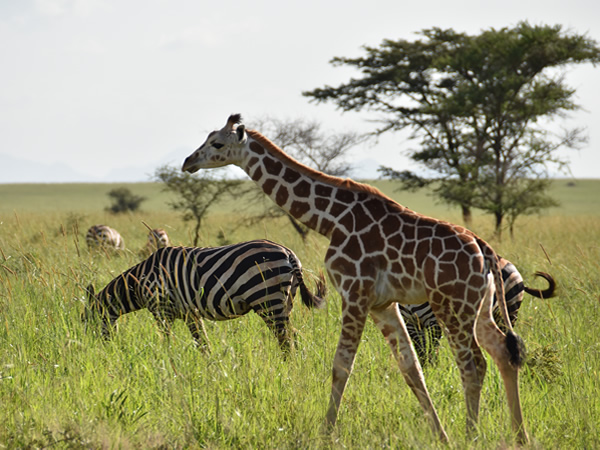