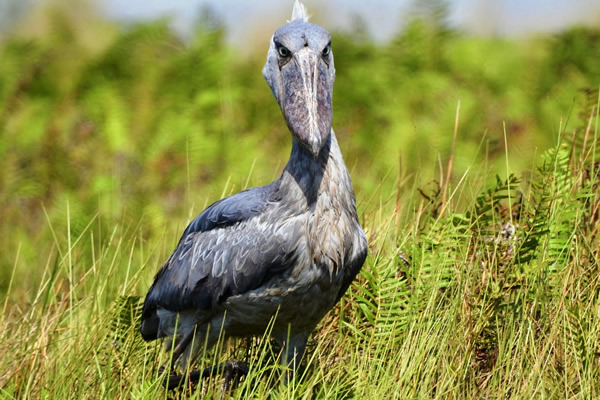 Uganda’s Birding Spots Uganda has many unique bird spots because of a number of species recorded. Excitedly, it offers easy access to several bird habitats. It is a popular bird destination all over the world that have made Uganda one of the finest birding paradise.
The country has two endemics which only occur in the country. Migrant birds are also present from November to April, December and January are also good months for bird watching. The best time for birding is late may through September where there is less rain and abundant food.

Mabira forest on the other hand has some of the bird species which include the White-crested Turaco, Bronze-tailed, Lesser Blue-eared and Greater Blue-eared Starling White-headed Barbet, Cadinal, Grey and Nubian Woodpecker, Lesser and Greater Hourneyguide, Saddle-billed Stork in the swamps after Luwero, the Western-banded Snake-eagle, Rufous-bellied Heron, Eastern Chanting Goshawk and many more.

source of the Nile

The source of the Nile is also another birding spot in Uganda. Specialties here include; White-faced Whistling Duck, Egyptian Goose, Ruddy Shelduck, Common Pochard, Ferruginous Duck, yellow- billed duck, Red-billed duck, northern pintail, common teal, spur-winged goose, garganey, comb duck, African pygmy goose.
Rwenzori Mountain is a birder’s spot with specialties like; Bee-eaters, Robins, Sunbirds and Barbets are some of the 217 species found there. Other species to watch out for include the Rwenzori Turaco and Long-eared Owl; while higher up on the slopes, Bearded Vultures, Swifts and Black Eagles may be seen circling for prey.

Excellent birding opportunities exist in Mountain Elgon national park. It is a home to over 300 birds including restricted range species. Specialties here include; Jackson’s Francolin and Black-collared Apalis, Black-shouldered Kite and Tacazze Sunbird. It is this park where the endangered lammergeyer  seen soaring above the caldera.